My local town is being inundated with publicity (National and local newspapers and the TV) about a 5G network that a small business is saying they have put up.

Im on the local Parish Council and I want to get to the bottom of it all. There is a furor on Facebook about it all and I dont want to pitch in until I have more knowledge.

Is 5G safe? And are the stories that it isn’t just conspiracy theories? Or are they valid?

And what type of range would a small aerial have (the aerial is no bigger than a house TV aerial)?

Is there a 5G device out yet?? If I remember correctly, no. Apple is not suppose to release one until 2020 but I do believe Samsung will have one out later this year. AT&T got in trouble here in the States faking a 5G network:
https://seekingalpha.com/article/4232915-t-fake-5g-necessary-evil

Good question. Martin L. Pall, PhD & Professor Emeritus of Biochemistry and Basic Medical Sciences at Washington State University is a leading protagonist on the “against” side: 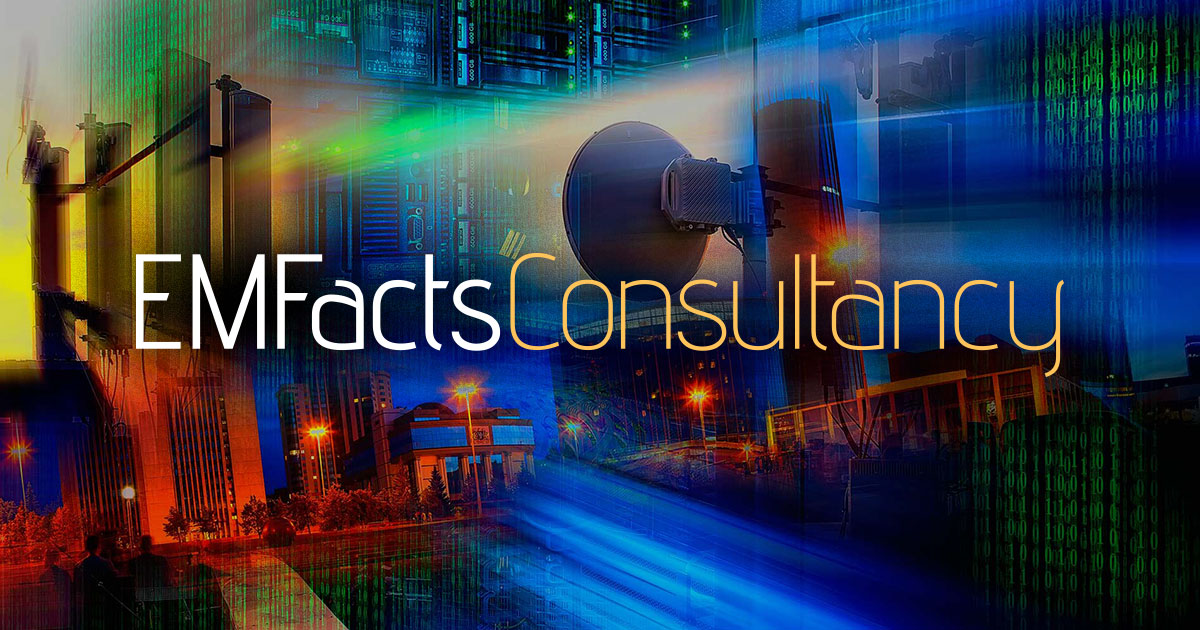 Chapter 7: The Great Risks of 5G: What We Know and What We Don’t Know ( See the book for references) Excerpt We have already discussed two issues that are essential to understanding 5G. One is that pulsed EMFs are, in most cases, much more...

Then there’s the argument that radio frequency radiation isn’t ionising and therefore not harmful. I don’t understand the specific technicalities which Martin L.Pall raises (regarding pulsation levels, charged groups, etc.)

There may not be a consumer device yet, but the technology is certainly here, vibrating away…

This is one of the articles about it 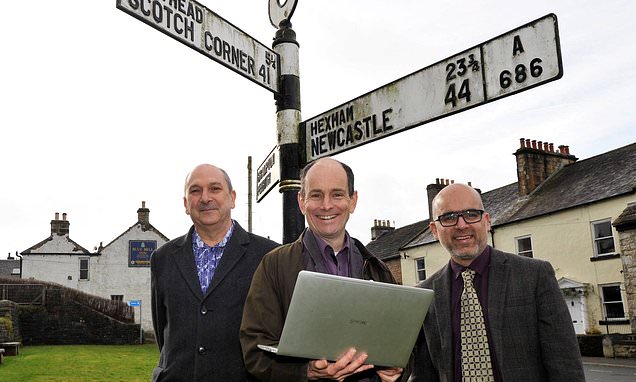 The remote British town of Alston in Cumbria is now at the forefront of a technological revolution. It is one of the first places in the world to receive a 5G mobile network.

If your Parish Council has concerns then perhaps they should contact this small business directly with questions.

My advice would be to ignore the Daily Mail. That small business is probably providing an early test facility for a 5G mast and there will be many others through the developed world ding the same. Not only are there no 5G phones yet, there are no 5G Internet Providings yet.

…but there will be.

If your Parish Council has concerns then perhaps they should contact this small business directly with questions.

Oh I intend to have a word with the biz. I just need to be more informed and appreciate all of your posts

When microwave communications started a long time a ago there were quite a few deaths from engineers that got too close to the directional path of the microwave transmission. Autopsies revealed that these poor unlucky engineers were literally cooked from the inside out. Look at most hill tops and tall building and you will see these same microwave transmitter dishes. Point being that as long as you keep away from them everything is OK. Maybe the odd pigeon gets too close but hey ho.

I don’t think as Pat’s video geologist alluded to, that we need to start rounding up the tadpoles and bees and putting them in Faraday cages or what would effectively be a sealed metal box.

Plenty of other things to worry about.

There may not be a consumer device yet, but the technology is certainly here, vibrating away…

Technology is always there and not always in our best interests. Mostly—it’s there because someone is hoping to make mountains of money. The motivation is always the same: monetization and/or weaponization. And there are always plenty of people of authority and apparent knowledge on both sides of any such issue.

So, in the end, you need to balance yourself the progress with all potential dangers and make your own decision on the basis of the conscience-contra-benefits.

We organised an event last year and one of the performers, Rainbow Peace Gaia (not her real name but damn close), demanded that all the microphones be cable only as she was allergic to WiFi. As everyone arrived at the event our team had to tell each attendee they had to switch off the WiFi function of their phone or Rainbow would feel it, become unwell and cancel the gig. Ho hum

Yes, but we’re talking specifically about 5G, and whether it is hazardous or not. The pure speed of 5G will allow for eye-opening technological advancements, which would be part of the motivation.

I agree there are always plenty of people of authority and apparent knowledge on both sides of any such issue. 99% of people with opinions on science aren’t scientists. And as I’m not a scientist, I’m aware I can’t make the call in regards to whether 5G is safe or not.

But Professor Martin L.Pall, linked above, would appear reasonably qualified…

But Professor Martin L.Pall, linked above, would appear reasonably qualified…

I would argue that it would be handy if his qualifications related to the topic of 5G. Biologists tend not to be this people.

Yes, and conversely one could argue that a 5G specialist is not likely a biologist.

Probably only a few people are aware, but before i left my job to build Stacks full time i designed microchips. Half my career was spent building devices for cellular/mobile.

I don’t know anything about anything in 5G. And I never worked in safety or safety testing, but i suspect i can read the spec and understand the terms and buzzwords better than some folks.

I dislike scare-mongering without hard data. It’s terrible and those who feed on our fears need to be taken to task.

However think there are solid reasons to be skeptical of 5G safety and at a minimum request that hard science be used to prove its safety before wider deployment.

most cellular communications have traditionally been done around the “microwave” range – 700MHz to just over 1GHz. wifi and bluetooth use a much lower power and operate a bit higher at 5GHz. even in those frequencies, SAR (Specific Absorption Rate) is high enough to be concerning in worst case scenarios (i would not recommend using your wifi router as a pillow).
5G uses MUCH higher frequencies: 24-86GHz. Every frequency of light interacts a little differently with matter. These ranges do have some interesting properties, like how much they’re absorbed by gasses.
While it’s true that non-ionizing radiation won’t break down molecules enough to cause cancer, there are still other concerns about heating up delicate tissues in the body.

To accommodate the very high data rates, 5G will use a wide bandwidth (lots of different frequencies). This allows them to spread the signal across many simultaneous transmissions. That’s all fine but does place a large burden of testing many different frequencies for their SAR and other interactions with the environment.

Beam forming means directing the radiation from the transmitter toward the receiver. So instead of using an antenna like a lightbulb to brighten up the whole room, they use an antenna like a flashlight and shine it right on one spot.
This means that the majority of the power is directed along one route. So things that interact will have substantially more energy directed at them.

And lastly, because there is so much money and momentum pushing these standards along. It can be difficult for any one engineer to pull the emergency break. Like the Challenger disaster here in the U.S. – in hindsight it was clear that many knew of the safety issues. It’s important for the wider community to ask the large corporations pushing wireless communications technologies to prove they have done their safety homework.

And when they have, it’s also our responsibility to ignore the fact-free, non-scientific, crazies who feed on our fears and ignorances to pay their own self interests.

Keep your eyes on the wikipedia page and who edits it. It will be interesting to see it evolve over the next couple years.

5G (from "5th Generation") is the latest generation of cellular mobile communications. It succeeds the 4G (LTE/WiMax), 3G (UMTS) and 2G (GSM) systems. 5G performance targets high data rate, reduced latency, energy saving, cost reduction, higher system capacity, and massive device connectivity. The first phase of 5G specifications in Release-15 will be completed by April 2019 to accommodate the early commercial deployment. The second phase in Release-16 is due to be completed by April 2020 for sub...

Thank you SO much @isaiah. I now begin to understand some of this and if you don’t mind I might be reading out your response at our next Parish Council meeting.

As I am the Chair of the Council Im able to set the agenda and I have asked the (small) company to answer several questions which Im sending them in the next couple of days. I have asked them to come along to the Parish Meeting (which will now be a lot of the community - 2000+ people live in an around Alston) ) to answer those questions publicly. There are a lot of people here who are very frightened about it, a lot scare mongering and a lot who are saying “so what”

If you (and others) could suggest some of the questions I should be asking the company I would really appreciate it.

I was absolutely at sea not knowing what to think(or do) before I wrote this post so I very much appreciate all of your responses.

There is a huge amount of relevant information out there. Just search for millimetre wavelength imaging.

For a few years now, many airports have employed mm wavelength scanners in preference to low power x-ray scanners due to the lack of ionising radiation. The scandals have been much more related to seeing through peoples clothes and the ethics concerning what border guards should see.

There are a lot of other mm wavelength devices but the imaging technology is a good example as it is close range and concentrated on the body.

5G: What will be the health effects of exposing everyone to millimeter waves?