Could not open niggles…

They can’t be serious?!

In this vein — after 250 Beta iterations of RW 8.1 is anyone using it?
Is it safe to use or is it just another unsuccessful beta test?
I’ve not heard any complaints for a while…

8.1 beta is out several months.

I am using it for several months now. Always the same story if you ask me. Cannot take long until the final version comes out.

I bet before brexit.

I don’t mind testing Beta versions, but 250 iterations of the same release is idiotic!
When is the final, final, final due — if at all???

Someone mentioned this the other day on another forum. I kind of had a go at him, thinking it couldn’t possibly be true.

I should have taken him seriously.

RW8 is a parallel Brexit in so many ways.

I.e. RM takes 2.5 years to develop what is in the best interests of the Weavers, yet is wholly different what was asked for, needed or expected, and then when the Weavers complain with bugs, they take a further (so far) 5 months to come up with a working 8.1 Final Candidate that gets worse and worse with each release. The only luxury that RM have is that there will be no public vote of confidence in their ability to create the “The best web design software for Mac, just got better”.

It’s a bit like Teresa May constantly reminding us that her deal is (was) the best deal.

I call a referendum!

That’s the last thread about the latest “candidate”: https://forums.realmacsoftware.com/t/rapidweaver-8-1-final-candidate-6-build-20560b/24457/26

Because the Final release threads appear to be involving Isaiah at a late stage and call be a a crazy maverick, but maybe RM should be talking to Isaiah.

@rob Ha Ha Ha. Go immediately to the naughty step, put on the hair shirt and douse yourself in iced water.

Heres the thread just so others can find it when it gets removed from view: 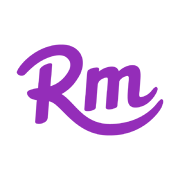 I’ve been using RW since its earliest public beta incarnation. I was always an avid supporter — my blog at https://rapidweaver.ninja/news/ is testament to that, but whilst the update to V7 was painful. The upgrade to V8 is more than catastrophic!...

I would like to see some explanation from RM but hey ho.

Wow @rob did someone serve you cold toast or sum’in? :)

I like’d your post as I’m still wanting my forum banning, though I think I won’t make my ‘1st banning of 2019’ goal … thanks for nothing!

@paul.russam You are such a kind person. Couldn’t think you have been banned at all.

I wana get banned … It’ll do wonders for my street cred :)

I like’d your post as I’m still wanting my forum banning.

Need more than “liking” a post. “Liked” a bunch of @steveb’s(the father of banning) posts before he got “banned”.

Nothing wrong with Beta testing but to call a Beta, a Final Release Candidate, is just bad and misleading practice, unless extensive testing proves there are no known issues and the tested Beta is ready for release.

Betas should have a clear warning that there may be bugs and if there is a file format change that you cannot go back to the old working one, then this should also be made very clear.

Just to be clear…
… I have no problem with beta testing, I do it for numerous developers – not only for RW.
The Final Release Candidate should, however have something to do with the FINAL release and NOT go through 244 iterations.

I just received a project from a Stacks/Theme developer that I’m unable to open because I refuse to install the “Final Release Candidate 245”, but there was never any mention that there is no backward compatibility for RW 8.1

In my opinion, instead of shooting for 8.1, they should be releasing the fixes for 8.0 as an imterim update, then shoot for 8.1 in their own time. As it is, there are people waiting for fixes to 8.0, which I understand to be fixed in 8.1, but these fixes are being held back for problems arising from their desire to sandbox 8.1. Happy to be corrected if that in’t the case.