Is it just me, or is Affinity Photo a bit shite?

Since gettiing Inffinity Designer and Photo I have got on famously with Designer. It’s brilliant. I’ve found it super easy to adapt to, with some early hand-holding from regulars on the forum. My work using it has improved massively over what I used before, so much so I’m now charging clients for work I used to do for free, as part of a website build.

But I can’t say the same for Photo. I’m coming from Photoshop, with 20 years use behind me, so I knew things would be rough, but my god, every time I try to use AP it feels like a fight, and I almost always lose.

Even really simple stuff just seems so complex in Photo. So in, just now… I’ve got an image that was 2000x1000px, but I need to reduce the canvas to 1000x500 (easy enough in AP), then move the image around so the subject in the image is in the right place. Easy peasy in PS, just click the image and drag. Don’t work like that in AF, in fact, after a few mins trying to work out how to do it, I gave up and launched PS.

I’d put money on the image being locked in the layers pallet; look for the padlock next to the layer name (which is probably ‘background’).

I agree Photo doesn’t feel as easy to use/leaverage as Designer but unless you have £50ish a month to throw at Adobe it’s probably the best alternative that ain’t shite.

Cheers for that Paul, good to know, I will look at that.

My copy of cs6 will still work of sorts on the older Imac running HS, so I just jumped to that machine. Cs6 is dead to Mohave though.

You could have edited your title like this: (s)hit. 😃

Seriously, though, what makes you think that CS-6 is dead on Mojave?

I got a MacPro with Sierra and MacBook Pro with Mojave. Both run the same version of Photoshop CS-6 and I don’t see any difference in functionality. The other day I did some transformation of a photo-to-drawing (pixel) and photo-to-vector art. I did it—on purpose—on both computers, without any surprises.

Won’t work for me! I did install it, but crashing on launch. On HS it’s a bit ropey, most stuff works but for instance, selecting a font crashes it.

Pixelmator Pro might suit you better. On sale now: 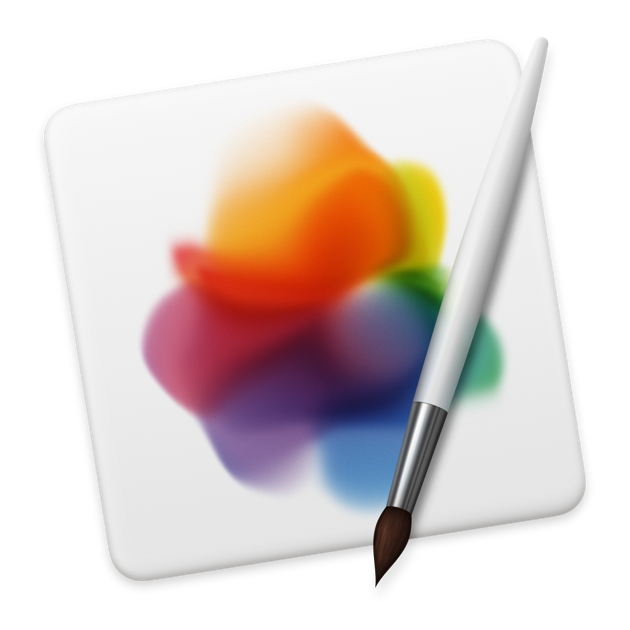 ‎Pixelmator Pro is an incredibly powerful, beautiful, and easy to use image editor designed exclusively for Mac. With a wide range of professional-grade, nondestructive image editing tools, Pixelmator Pro lets you bring out the best in your photos,...

A customer saw the profanities and was very upset by what they’d read. They emailed me to complain. I think they were a bit confused and seemed to think ‘RW4All’ was ‘Stacks4Stacks’, hence they hit me with an email. This seems to happen more often than you think!

I was on the train at the time. I flagged the post for moderator review (with an explanatory comment) from my phone and for some reason it sounds like it deleted the whole post? That was not my intention!

In the meantime I have removed all the RW4All links from my websites, so that people don’t click through to things that might upset or cause potential libel / legal issues.

I think I shall have to cease recommending this forum, as it appears the quality of discussion isn’t always entirely on the same level that some of us more professional RW developers would like to be associated with. That’s not directed any anyone in particular - it is just the way this forum has evolved.

It seems like a lot of these posts can be found on Google and freely read without needing to be logged into the forum? Which could be problematic.

I’ve got no issues with idle chatter, throwing some profanities around and dropping the f-bomb, but perhaps a method needs to be found to keep it away from the general public? Some sort of special passworded chatroom area that only logged in members can see?

Did they email you from the Victorian age?

Just to be clear, the word that so offended them as to actually send an email was “shit”, not “the f bomb”.

I’d put money on the image being locked in the layers pallet;

I did need to click the padlock, but I also needed to change the tool from the hand, to the pointer. Sorted on this common task for me, thanks.

I’ve been using Both Affinity Designer and Photo for a long time. I think that are both excellent and fairly easy to use if you take the time to learn. Really good tutorial videos out there too. I got rid of my Adobe suite when they kept putting the subscription fees up. At least with Affinity I own the programmes.

Your right of course, I suspect my problem is that designer is a new concept to me, so I’m approaching it with an open mind. I’ve been a PS user for over 20 years though, so changing the way I do things is proving harder.

It is a good application, but I totally know where you are coming from. Foolishly I bought Affinity for iPad when it launched and it does what it says on the tin, some of it is very clever - just not for dyed in the wool Photoshop users…there is no logic for Adobe users

My honest suggestion @steveb is to grab yourself a Lightroom / Photoshop sub for £9.98 / month. I hate subs too, but it is a total gift at that price (PS was £550 the last time I had to buy it for a customer!) and very soon you will get PS for iPad included I suspect (which is limited, but very clever).

I came to say what @Nick said - the $10/month package also includes Fonts. As I embed Adobe fonts in almost all of my sites, this is frosting on the cake.

I also hate subs - but when they make sense, I’ll buy in (iTunes Match, 1Password).

In addition to Publisher and Designer, which I love and use multiple times every day, I also own Affinity Photo - but I never, ever use it. I’ve tried, but Ps remains the better choice for my workflow. Now, if they ever offer Content Aware and one-click Remove Backgrounds (I know, Ps doesn’t do this either), then I’d switch in a heartbeat.

I hear what you’re saying about a PS sub, but since getting Designer I use PS rarely. It’s almost entirely now just to resize and do basic adjustments to images for websites. In the past I used it for logo designs, leaflets, banners, you name it. I used it for pretty much everything, except what it was really made for, which was high end photo manipulation. This is purely because in the early days it was all I had, then I got used to it. I also had Illustrator, but never got on with it.

Since finally moving my graphics work to Designer I use PS very little, as I say, just resizing, so I can’t justify a sub just for that.

I will try to continue with Photo, or take @habitualshaker advice and get Pixelmator. I used that years ago, so know my way around it.

Interestingly though I’ve asked the same question on a few other (none RW) forums, and lots of people have said what’s been said above: Designer = Brilliant. Photo = Not great, so at least I know I’m not alone.

Just use Autodesk Graphic on Mac or iPad. It does everything you need for web design.

The only use I can find for Affinity Designer is to open those Illustrator format files that are used in Mega Graphic Designer Bundles, that are popular. I still have a working Photoshop somewhere but can’t see any application for it in web design that I can’t do quicker and better in Graphic.

Also I don’t think there is anything wrong with Affinity Photo, but it does demand learning how to use it and that is a steep curve, and also you need to ask whether it is the best tool for the job.

Off topic, but I recently helped a photographer who uses Lightroom and he updated to Mojave. What a bloody mess Mojave made of his 10,000’s of catalogued photos and Adobe support turned out to be useless.

Curious about what happened to photographer? A well organised catalogue will not be affected by any OS change. Happy to offer free help if useful (I’m a LR trainer / demonstrator etc)?

Curious about what happened to photographer? A well organised catalogue will not be affected by any OS change.

Something to do with the removal of the 32 bit components in Lightroom. His Catalogue was missing most of his folders. Restoring a Time Machine Catalogue produced the same result. Following Adobe’s advice to rebuild a new Catalogue created a slightly bigger Catalogue but on further examination, many images were missing and folders missing. Many folders had only Thumbnails. It did not get solved.

Ah, old version and 32bit. The catalogue could have be updated, had he thought about it. The only way to use LR is now the subscription (which I hate) but it is good value with either PS or 1Tb storage.

Just use Autodesk Graphic on Mac or iPad. It does everything you need for web design.

Not sure what you are saying here. I use Designer daily, often for hours at a time, to create icons, and logos, and graphics and stuff. As mentioned, I get on well with it, so not looking to change to something like the software you suggested.

Not sure if I’ve misunderstood what you are saying, or you I?

Ah, old version and 32bit. The catalogue could have be updated, had he thought about it.

Yeah exactly. He was just a user unaware of what the message that Apple kindly offered him would entail. Adobe knowing that Mojave was on it’s way could have sent a note. Also his Auto update Adobe SW had not worked for a while. Sad state of affairs.