Updating the artwork for an album in iTunes for good old fashioned music files stored on your Mac used to be a pretty painless procedure and it was often an automatic process.

I haven’t even used iTunes for some years but it is really sad to see this once capable Mac app become a dumbed down and castrated version of what it used to be.

The only reason I’m even firing it is to load up an iPod to be used in a car that allocates a lot of display space to album art. So I want to update all of the artwork if possible. Unfortunately this function that used to be in iTunes is no longer there.

So does anyone know of a good way using an app to run a batch check on a music library to search for missing art work and update each file if it’s missing? I remember there being a lot of these about until iTunes made it a standard feature (now removed).

Its still there on mine. Does this help? 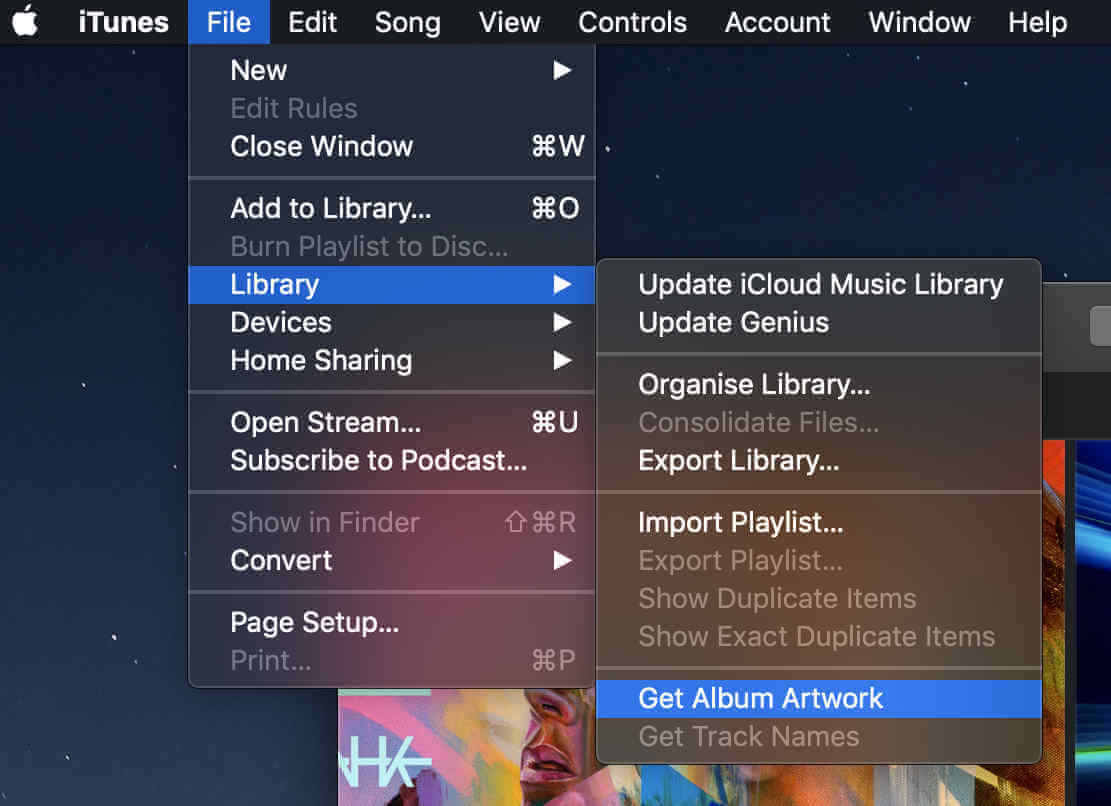 Thanks. I did try that function which used to work in the past, but I am finding that it doesn’t or won’t find art for valid CD’s that you convert from CD to mp3 using iTunes. I suspect it will only work with iTunes purchases now.

I suppose this Apples way of you buying from them? I never buy stuff now just download so it always comes with artwork I suppose. Do you have too much to add it individually?

I have way too much to add manually. I was really hoping for a 1 click solution.

I’m getting closer and closer to not using my 2 iPods anymore. Been using Spotify for a few years and can’t go back to Apple. This is for my wife’s car so I have purchased music to use, so it’s frustrating that it’s not easy to add the art. It’s bad enough that I have to use iTunes to load up the iPod.

What’s going to happen when Apple dump it soon? I expect iPods are considered obsolete but I find them to be perfect for cars when you have a large music library.

won’t find art for valid CD’s that you convert from CD to mp3 using iTunes.

Check that artist and album title are an exact match to an album in the store.

Not used iTunes since forever, use Anytrans.

The Albums I have recently created using iTunes were all ripped from CDs and correctly identified and named, but only about half of the tracks from each of the same correctly named albums have the artwork.

Requesting iTime to search for missing Album Art doesn’t add the art to these ones.

@DaveFox Clementine looks interesting so I will check that out.