I’m having an issue with a set of Limelight videos that were working until recently…though not sure when issue occurred as we’ve only just noticed it.

Here is link to page…down the bottom of this page in Tutorial Videos section.

A couple of screenshots from the settings page.

Any thoughts please on what maybe causing the issue…as said it was working previously. 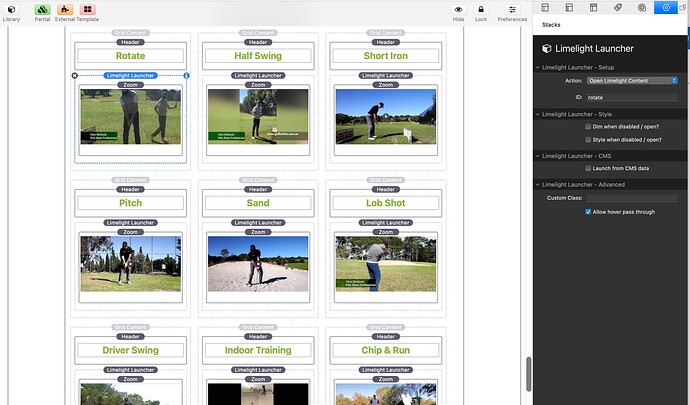 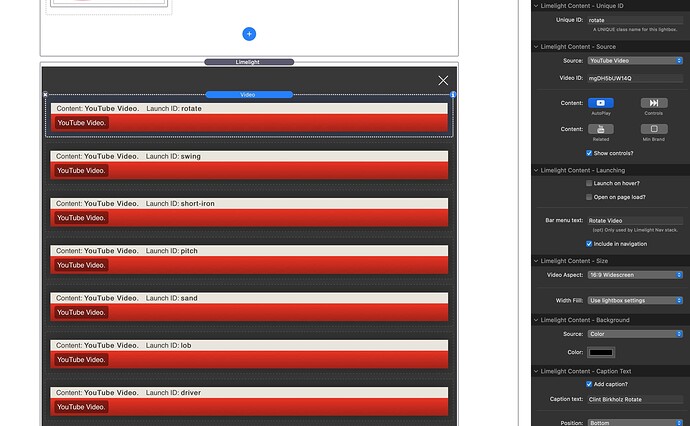 Did you add that image zoom effect or anything else around the Limelight launcher since it was working?
Try just adding the LL content ID to the image itself instead of using the launcher stack if you want to put it inside effects stacks. Its only a class name and you can add it to any stack in the CSS Classes setting.
I suspect that problem is just that the launcher is not receiving the click as its being stopped by the zoom effect.

Hi Tav,
Thanks for the quick response.
The Zoom stack was in there previously when it was all working…I haven’t made any changes except update to Stacks 5 and I think there was a Foundry update a little while ago as well.
I’ve tried what you suggested in just one video to test (the first one being Rotate) but still didn’t play in preview. I removed the LL stack totally and added the launch ID rotate to ccs class in the Zoom stack . Please see screenshots. Is this correct?
I haven’t published with this change yet…just trying it in preview mode but it’s not playing in preview.
Thanks very much for your help.
Cheers Scott 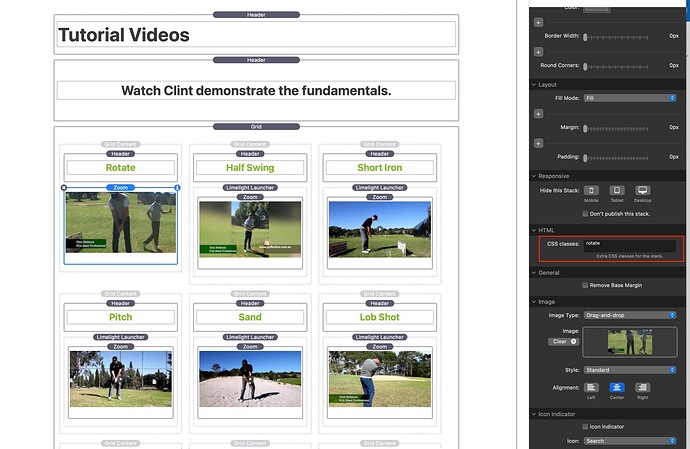 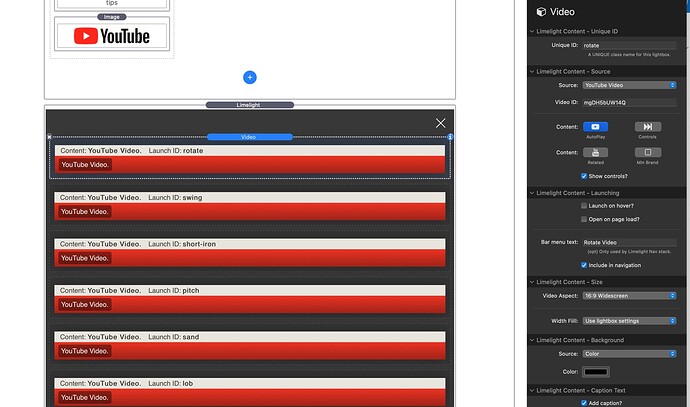 I believe Tav suggested trying without the zoom effect stack.

So just use a normal Image stack directly under your Header stack, instead of the current Zoom stack inside the Limelight Launcher stack. Then “Try just adding the LL content ID to the image itself”.

Thanks, yes that has fixed it. Zoom was causing the conflict…new as it had worked previously. Possibly a recent update by Adam at Elixir.
I’ve used just an image stack and added the LL ID in css class and now works beautifully.
Thanks for all your help.
Have a great day.
Cheers Scott