You referenced the fact that it was likely another stack(s) on my page that was breaking the Navigation stack.

It is still reporting JS Errors

I look forward to hearing from you shortly.

Looking at the link above, there is a lot more on the page other than the navigation stack.
You have the following stacks listed and an online chat running:

The error seems to be from a google font load:

It also looks like you are running the foundation SEO helper page speed. That often can cause JS errors. I would first remove the pagespeed. You have both the new and old SEO helpers running(1.86 Foundation and 2.1.3 New standalone), don’t think that’s the issue but I would probably use one or the other.

The page referenced simply has my Site Styles Partials which you have identified as containing the foundation ,font pro, BWD chroma and the Nav Stack.

As you have also noted the partial stacks do not render any issues - the only issues being reported are those related to the Navigation stack.

In addition running the two differing SEO stacks for different purposes is permissible as far as I am aware.

It is the JS Navigation errors that I hope Michael will be addressing.

Try removing page speed. It moves JavaScript around and often causes other stacks to break.
So just because the stuff in the partial doesn’t create issues with each other doesn’t mean that the stacks inside the partial will not create compatibility issues with other stacks.

If you want to see what is incompatible with each other than you should “unpack” the partial and proceed with a process of elimination.

My best guess though is pagespeed, so that would be the first one I’d remove. If the js error goes away then you’ll know pagespeed and navigation can’t be run together.

The error does look to be related to Google Fonts.

Try removing page speed. It moves JavaScript around and often causes other stacks to break.

My best guess though is pagespeed, so that would be the first one I’d remove. If the js error goes away then you’ll know pagespeed and navigation can’t be run together.

Thanks @Teefers - I think this is the right thing to do.

Following on from our discussion @paul.rowe I think it must be something along those lines as the Navigation demo doesn’t have any such errors: 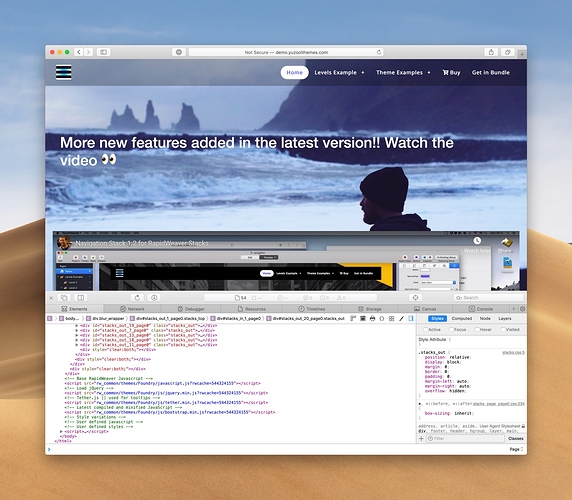 When checking your site before it was just a warning … but now there are other errors that seem unrelated: 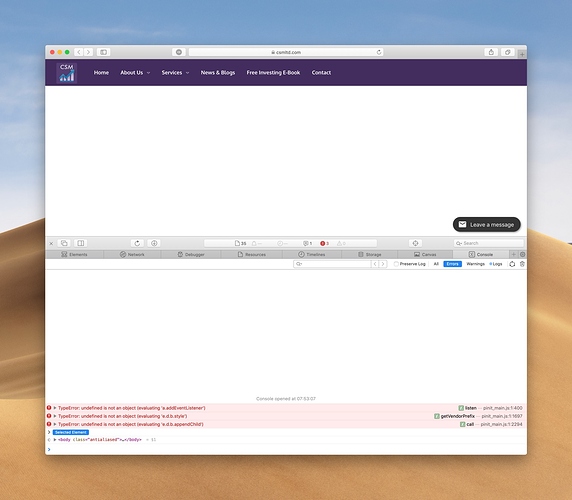 I just ran a quick test:

Nothing else on the page but these three stacks(Site Styles, Navigation Stack, SEO Helper). This even happens in the preview mode.

My conclusion The “Page Speed” part of the older Foundation SEO helper stack and the Navigation Stack are not compatible.

Good work!! - I’m currently on a motorcycle tour but when back will investigate further my end also.

Even if the idea of the Page Speed Stack is good, it can cause a lot of trouble.

I’ve had to rework some of my stacks to make it compatible, too.

It and like products (CloudFlare’s Rocket) break a lot of stuff. If your hosting plan supports http2 you’re probably better off using that for speeding up site downloading as it doesn’t break things. Unfortunately most shared hosting plans don’t offer http2. You usually have to be running a VPS.

Thank you, Doug! As Navigation has become my go-to stack for menus, I will be removing the Page Speed stack from all of my sites. Fortunately, many of my sites are already utilizing http2, since they are on a dedicated DreamHost server. My sites on shared DreamHost plans, though? Nope - not yet.