No Stacks in RW9! Stacks5.App is coming!

However this shakes out, there’s a symbiotic relationship between RW, Stacks and stacks. The majority of folk have invested far more £/$/€ in stacks than RW and/or Stacks. Both Dan and Isaiah are smart guys. They know this (and the depth of feeling is now out there for all to see on several channels), so I’m hopeful that APIs will be compatible somehow.

I can see both sides. Realmac need to mitigate the business risk of being reliant on a 3rd party, and the fact is that RW has become a Stacks delivery platform, rather than the other way round.

Isaiah needs to protect his business, too, and there are many stacks developers who need to do the same.

The cryptic comms haven’t helped, but it’s early days, so I don’t think we should jump to any conclusions just yet. Competition fuels innovation, which can only be a good thing - that said, I’m sure most - if not all - customers will vote with their feet if their stacks investment isn’t protected.

I think the perfect solution (for me, at least), would be @Isaiah building his own app based on Stacks, or similar platform. 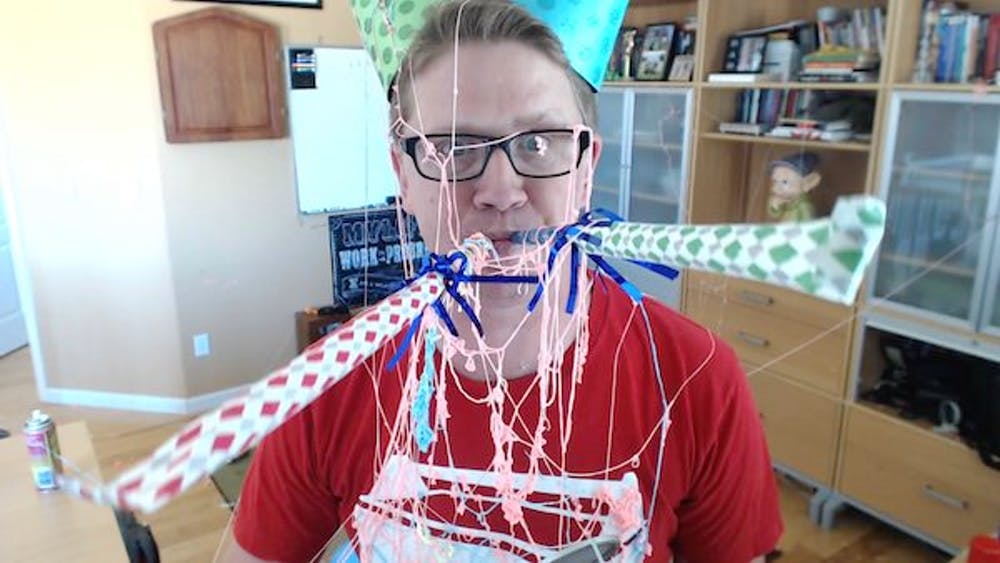 In various other channels around the RapidWeaver/Stacks world, there have been some discussions that I felt that I should weigh in on for everyone here. I feel that it's better to lay everything out ...

We stack add-on developers are fully 💯 supporting Isaiah and Stacks5.App.

We’ll do our best to make the transition to the new world as seamless as possible, so that all investments 💵 in your add-ons aren’t lost.

It will be interesting to see the degree of resentment on the RealMac part when all is said and done, though.

For years, I’ve been advocating (on the other forum) adding Stacks into RW as an integral part of RW app rather than a plug-in and making Isaiah an official employee of RM. But my suggestions were always met with thinly veiled hostility on the part of RM guys. They probably thought they had Isiah under their thumb, no matter what. Now, they will have to reconsider that attitude.

Interested to see where this all goes and I’m sure there’s plenty of complicating factors. But for all of us who’ve had a wandering eye towards Blocks but felt too invested/comfortable in RW/Stacks…

I can’t believe Dan did this. But there‘s no question where my loyalties lie — I‘m standing with the guys in blue and yellow… 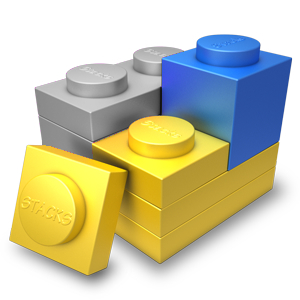 The Stacks App is a very exciting prospect. I’ve upgraded RW every version since v4 (2010?) and have been using Stacks since v2 (2013) due to the freedom that Stacks gives me to build sites the way I want. Before I found Stacks, I had to ‘hack’ RW to make even simple changes to the built in themes. I will not be upgrading to RW 9 if a Stacks App is an alternative.

I’m with Isaiah, Stacks and the stacks developers.

Isaiah’s reported intention to create a standalone way to use Stacks that doesn’t require RW, is really good news. It provides a future for Stacks users that is not dependent on any other App. We can use the current RW with stacks and then transfer to the new Stacks App when it’s available.

Hopefully it will also allow the use of all the stuff that as a plugin, was not possible because of the RW API.

This is win win win for Stacks users.

Im really really delighted that people are supporting Isaiah. To superimpose his Stacks was foolish and to my mind immoral!!

Im now really excited about the future of Stacks and thank Isaiah wholeheartedly for working on this development to our webwork! Looking forward to seeing it materialise. :)

Yes, that is choking news that RapidWeaver 9 may not support stacks. My Goodness… what are they thinking about? I have invested in so many stacks that it would be a great financial loss not to be able to use them anymore. It is a relief and really good news that Stack App is being developed. I am certainly supporting this and will surely buy it when it is ready.

This is shocking news… I’m a bit confused and have many, many questions. I’ve only been a RW+Stacks user for about a year and a half now, and have invested quite a lot of money in stacks and time in to learn the workings of the eco system.

It’s good to hear that Yourhead is working with several stacks developers to make sure everything works.

As far as I know, neither Elixir or Will Woodgate have responded to the news yet (not publicly at least). As I’m a heavy user of several paid stacks from both of them, I’m particularly interested in their response and hope my favourite stacks and my framework of choice (Foundry) will work on the new Stacks.app too.

Second: I really hope that Stacks.app will be able to import my rw8 project file. It wouldn’t be too appealing to have to recreate everything from scratch.

We should NOT at this point be putting any kind of pressure on stacks developers to take sides, or make statements - with Isaiah’s announcement of a Stacks.app, there’s no need - your existing stacks will work.

This is clearly a ‘political’ situation, and the stacks developers have a living to make, so should be allowed to air their views/plans (or not) in their own time.

And remember there are even more people who make their living by building websites currently with RW/Stacks too.

The sky is not falling. Things will workout. These two devs want you to support their apps, they will make your existing stacks work. Early days.

Not going to freak out here, but this is certainly concerning.I just caught on to this issue and I missed Joe’s hangout yesterday where I assume some of what is known was discussed. All I can say is I stand with Isaiah and other developers who have built their businesses on RW and Stacks. I have long thought that RW has not really improved much and basically is just a shell for Stacks. I have a feeling that the majority of RW users work in the same way-Stacks (and Isaiah) are the backbone. So let’s see how it all unfolds. Change is normal, healthy and if done well, will benefit us all. Perhaps a completely new foundation/platform/app (whatever) that is flexible EASY TO USE FOR NON-TECH FOLKS will be something we can all migrate to with ease and enjoyment. For those devs devising strategies, my plea is to involve non-programmers to guide your GUI and workflow and not just rely on your fellow tech geeks for feedback. So bring it on and let’s create a new wonderful.

I think this is all rather exciting stuff, and far from signally the end of the road, it’s turning the present dirt track into a dual carriageway.

Once all this shakes out, I think we’ll be left with two distinct “platforms”, which we’ll all understand from day one as we’ve all been using it since day one.

RW9 will run its own plugins. Some I suspect will be our favourite stacks as I suspect there will be a simple conversion method for devs wanting to go that route. Plus, new ones will surely come along as a whole new breed of devs get on board, those who perhaps were reticent previously due to RW in effect being two different products (RW & Stacks).

I suspect with plugins being baked in, RW9 can finally reach the speeds and performance it’s been so lacking in recent years.

At the same time, Stacks will break out from the shadow of RW and continue to do what we all love, plus I suspect a lot more as Isaiah will have free reign. And again, as devs are now having to work with just the one platform, we will see a new influx of devs and stacks.

Most importantly, though, BOTH RW AND STACKS NOW HAS A FUTURE. I say that as I can’t help but feel that both came to the end of the road a while back under the existing “partnership”, so IMO, it was only a matter of time until either a split occurred, or worse, death.

I’d like to see the two new products going in separate directions. With RW9 catering more to the hobbyist and small scale website maker (which, after all, is where it was always “meant to be”) and Stacks going a bit more “pro”. But either way, from one product that was always a bit limited by its own structure, we’re going to end up with two entirely different solutions.

This isn’t just good news for people like me, who make (a portion) of their living from RW. It’s great news. This time next year, we’ll have two separate tools to create websites with, without having to go thru any learning curve.

Sure, the divorce will get messy, and we, the kids, are going to get confused and feel torn between our two waring parents. But once it’s all sorted out, I’m sure mum and dad will be able to sit together and say things like “we should have done this years ago.”

well, I do agree with @TemplateRepo , I couldn’t analyse better this situation as you did…
That leads us to something I would prefer to avoid, and it’s “deciding who (of the two parents) to live with”.
Even if having 2 apps that we know already how to use (admitting we’ll know how to use “Stacks.app”, but we’ll figure it out for sure) is somehow nice and give us a lot of power and possibilities, I’m not that sure if paying for two upgrades, even buying Isaiah’s app when we already have RW, well…if putting money in 2 different places will be easy or reasonable for most.
I feel bounded to both sides, But for sure, after investing a lot in the stacks side, I don’t know if it will have sense to keep RW. And that somewhat hurts. But that’s life.
If I wanted to have 2 different approaches, I would already invested in Blocs or Elementor for wordpress.
So, this will take all of us to choose sooner or later where to stay.
I do know also that keeping both sides will drain money updating and buying ad-on stuff or whatever…And at least for ME, I will be using just one. (the same happened to me with frameworks, I do have Foundation6 and Foundry, using the last a 10% even if it’s great, and mainly doing everything with F6 'cos I love it)
Anyway, now I’m feeling a bit confused, but with some therapy I’ll be over this soon ;)
the important thing is to keep making what we like most (and some of us is “living from”)
In the mean time, I’ll open a bottle of wine.
Have a great sunday all of you!