Just got a Bundle Hunt email through, it has Squash 3 available for $5, including a filter pack. i don’t own it but it seems to get a lot of positive reviews.

Also a few other good ones like Forklift for $4.50 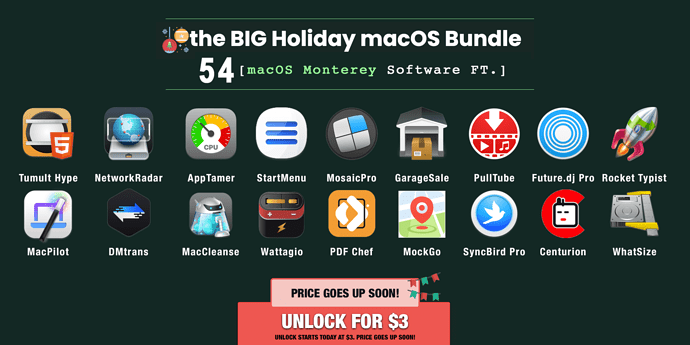 …is another deal in this bundle, I used this app since 2007 to store all my licenses

I use both Forklift and Panic Transmit and both are proper full featured, easy to use FTP Apps. I often have found that if Transmit doesn’t have a particular feature, then Forklift probably have it.

Forkilt has the added feature that it displays webP images and also functions as a general Finder alternative.

It costs $5 upfront to be able to purchase any of these deals though.

So if Squash is the only app you’re after, it costs a total of $10.

Having said that, there are a few good deals there. The aforementioned Forklift is an excellent tool that I’ve been using as my go-to FTP client for years. It also works as a local file manager if you want.

Little Snitch is a very decent network analytic tool and $15 off is a pretty good deal.

The email I got was a subscriber one, without the unlock fee, so have amended the title to include it.

I bought Forklift a few years ago and have found it very easy to use with a lot of features.