Is it just me? In RW8, the Resources folder only shows thumbnails of my documents or images, it would be MUCH easier to find what I need if it were a list instead of thumbnails. I’ve looked for some setting to change this but I don’t see any options… thank you!

I think the option to display resources in list format has been suggested on the main RapidWeaver forums quite recently. Hopefully it will get actioned if enough people pile-on the support for ‘list view’. I agree it would be a nice feature to have.

I have always found with Realmac it’s a bit of a numbers game. You can go to them with a really good idea, but they don’t really want to know and give you the standard “we’ll look into this later” reply. But if 10 or more people ask for the same thing, they tend to be a bit more accommodating!

Thanks, Will, I’ll look for the thread on the RW forum and add my +1. Fingers crossed!

I never understand why developers REMOVE basic features, especially ones that work well. There’s bound to be some users who use it and will not appreciate the change. 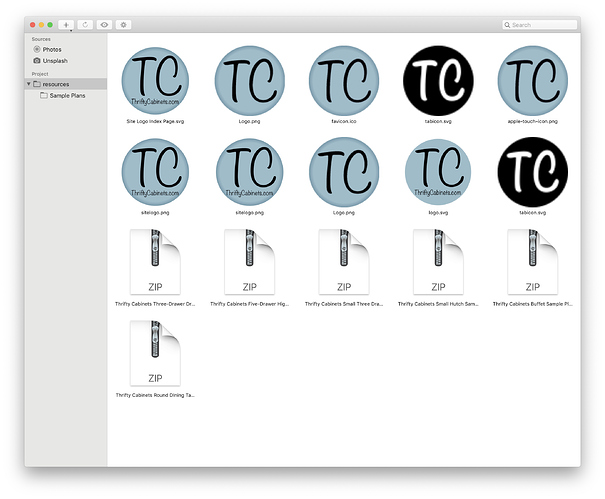 I wish I could view the Resources list as small icons with names, or just names. It’s really hard to know which file is what the way it is now.

I never understand why developers REMOVE basic features, especially ones that work well. There’s bound to be some users who use it and will not appreciate the change.

Your guess is as good as mine. I was told the reason behind some of these more radical GUI changes in RW8 was to make support for Mojave ‘Dark Mode’ easier for them to add.

Off topic, I’m not a Dark Mode fan, I think it’s mostly appealing to men. I once asked a dealer about a feature in my Volvo (a manual shifter in an automatic car) - he said it really didn’t do anything special, it was just there for the men!

Originally I believe this was supposed to be included in RW8 but they ran out of time. Unfortunately it appears that it’s not going to make 8.1. 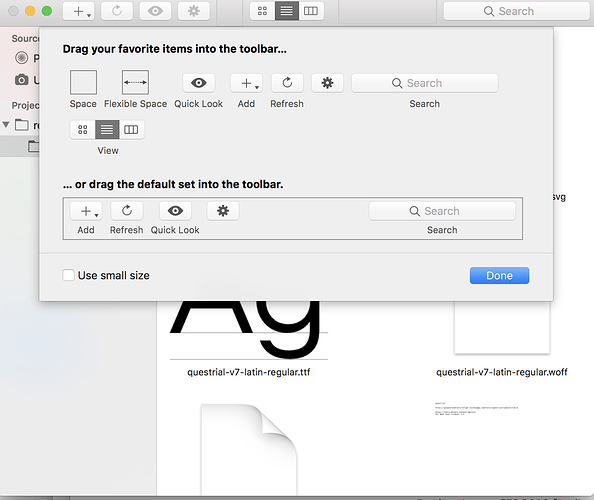 Hi, I can add the controls to switch views (list view etc.) in the new resources view. But they have no effect whatsoever: @dan : Can you please fix this? With many ressources it is a tedious task to scroll through symbol view only… Thank you ...

Thanks for that update. At least it’s on their radar…