So then, it’s snowing here in Northern Ireland, it’s about an inch deep at the mo. Me and my colleagues are already eyeing each other up trying gauge who’s going to be the easiest to subdue, kill and cook.
Another ½” and it’ll be like MadMax on ice … and not the Disney version

It must be 1 ⅛” now … we’re doomed. My colleagues have bolted and I’m now contemplating burning the furniture to keep warm.
At this rate it’ll be a new ice age before tea time.

Now ya talking, let me just knock a couple of 9” nails through the chair leg I’ve just snapped off and I’ll be ready.

get the snow chains on before you leave lol!!!

Snowing here in the Pennines too. We probably have about the same amount! (I love it!! - more more more please God!)

Aww poop, it’s all gone and I’d made all that effort with the improvised weapons.

They were waiting till the path is clear - so WATCH OUT!

Is the snow GDPR compliant though?

No snow here in the south west corner of the UK. There was some cold, sleety rain over midday which wasn’t particularly pleasent to be out in. A balmy 5.3ºc outside right now. 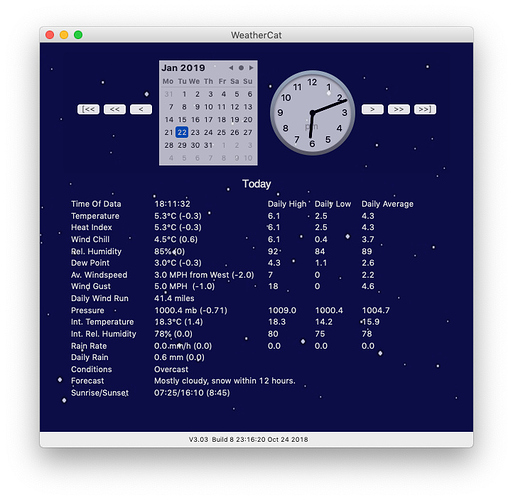 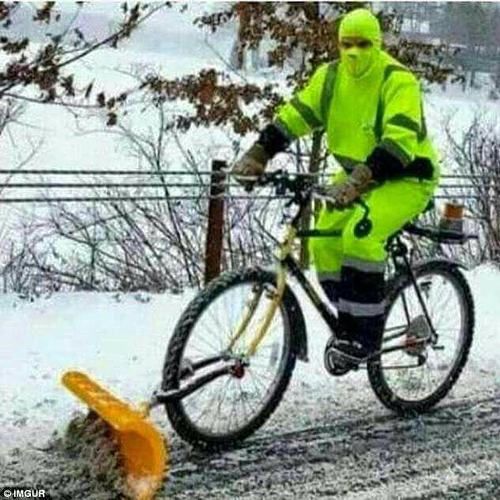 You don’t have the snow for yourself alone :p 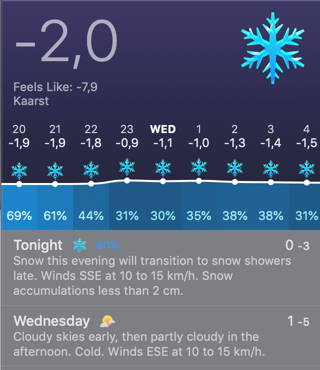 Where the fuck do you live?

Minnesota, which is on the border of Canada in the center of the USA. We have had days as cold as -30 to -40 below 0 F, and that is without the windchill (what it feels like with wind, not sure if that is something used in the UK). With the windchill, we have had -60 to -70 F temps.

Well you need to move, it’s clearly not fit for human habitation. Anything below 20 C is inhospitable.

I’ve got friends in London Ontario and Toronto, Canada. They get the ‘lake effect’ snow there and this week they have been measuring the snow depth in FEET! Apparently it is mostly business as normal, as you would expect.

The Alps in central Europe have also had crazy amounts of snow since early January. To the extent that some of the ski slopes have been shutdown due to the avalanche risk, the ski lifts being buried and people physically can’t get up to the mountains.

I don’t mind the snow. I’ve actually got a set of studded snow tyres to go on the bike. Last year I was effortlessly cruising up the steepest, iciest roads that even 4x4s couldn’t inch up.

Speaking of weird weather, Noona in Australia had a minimum night time temperature of 35.9ºc last week. If confirmed, I understand that will be the highest minimum temperature ever recorded in the southern hemisphere.

Agreed, Steve - my parents used to live not far from Robb (zeebe) - but they moved to balmy Georgia 60 years ago, and never looked back. Oh, we visited MN every 18 months growing up (all of my extended relatives are still up there) - and during those winters when they had lots of snow (we kids LOVED it), Mom and Dad reflected on how lucky they were to not be shoveling snow for five months a year. Down here, just the threat of snow can close schools for the day (lol- really…we’ve closed for snow when it hasn’t even snowed!).

That‘s the punishment for the Brexit.

I live on Long Island in New York State. As much as I love shoveling snow (great cardio-vascular exercise), so far, we had one day of snow in mid-November and one day of snow about a week ago. Both times, the snow was gone the next day. Below freezing temperatures started few days ago. End of weather report.