What's New About The Stacks 5 App?

What’s New About The Stacks 5 App?

Good morning Weavers, we have some exciting news to share with you Today. We’d like to start with expressing our sincere thanks for all the feedback over the last few months. We’ve taken this on board, made some significant changes, and we’re more...

RapidWeaver Classic will launch next week on Tuesday 28th June.

I think that, after the release of RW Classic, some news about The Stacks 5 App would be welcome, it would reassure users.
I honestly feel confused:

Specifically, I only know that Stacks 5 will come out …
when?
What will it do?
Will there be any news in the sense that the transition will be painless from the RW project?
How will the file transfer be?

These are just rumors for Stacks 5, but concretely RWClassic is already here.

Wait for Stacks 5. It’s build by the creator of Stacks and will run all your stacks. Elements is a Lame Stacks Clone, and it won’t run your stacks. You can see it’s even copying the icons and the presentation of what we all know and use. Basically Realmac is bringing his own “stacks / framework” closing the doors to the one who designed and invent the real drag and drop builder to Rapidweaver. The real genius here in my humble opinion. 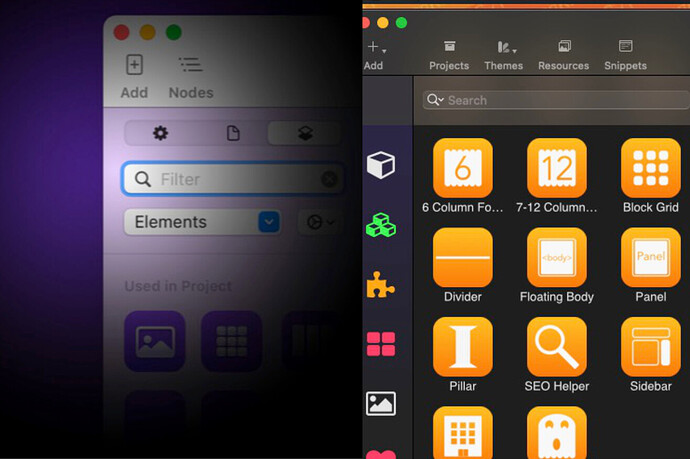 The real genius here in my humble opinion.

I have no doubts about this, Isaiah is a genius.

@Gianluca Thanks for the question. I had been trying to give RW Classic it’s “day in the sun” without commenting too much – so it’s nice to have an excuse to talk about what I’ve been working so hard on without feeling like I’m trying to steal the limelight :-)

It has been a bit more than 3 ½ months – as the title said: 116 days – but who’s counting. 😉 So let’s reflect a bit on that time. Talk more about where we are today. And a few more hints about where we’re headed.

Back in March, RW9 was said to be in “about 3 months” away. My first plans were to ship something not too long after that. However, there are exactly zero complex apps that a solo-dev can build in 3-months. It’s simply not possible. Even in 6 months reality imposes hard limits. Despite that, I managed to put together a very short list of only core features and got to work on my 6-month app.

So for the past few weeks I’ve tried to slow my pace a bit. I’m no longer working 12-hour shifts (phew – that was getting old fast) and I’m focusing more on building something awesome rather than something right now.

Stacks 5 will ship later this year. But software schedules are notoriously difficult to predict so it’s probably wise not to be any more specific than that.

Caveat emptor: I’m a one-man show, if I catch covid or break a finger, the schedule is bound to change. Touch-wood/Knock-on-wood, cross both fingers 🤞🤞, and say a few prayers for good measure. In any case, you have my word that I’ll ship Stacks 5 as soon as humanly possible.

Both FTP and project-importing on my short list of features. But shipping something for developers to work with as soon as humanly possible is important – so please do not be surprised to see an alpha or beta version that only provides core features necessary for developers to test their 3rd-party stacks.

Coming full circle back to this week. I feel that RW8 + Stacks 4 is still a pretty great combo and will be how most users get their work done for a bit. Despite all the announcements, RW8+S4 remains a solid place to be.

But I’m very happy to see Realmac’s commitment to supporting the RW 8 API going forward. Professionally this gives me great hope for the platform and that there’s room for us to work together again someday.

I hope this answers a few of your questions, if you have anything more specific, please don’t hesitate to ask.

If I don’t answer immediately it’s nothing personal, I just I have my head down in the code. Despite a slow-er pace, I’m still putting in 10 hours most days. If you ping me on twitter (I’m @isaiah there) i’ll usually see it quickly as that’s the app I open first on my coffee breaks.

In Stacks 5 I think it would also be very useful, to avoid creating or making mistakes, an editor for the htaccess file that also includes a backup for the changes.
There are many suggestions from developers that solve display problems by editing the htaccess file, but not all are able or many find it difficult, but also get scared into making changes.
Instead, a simple backup editor would reassure users.

You could enter these options, for example: