using Vista and just bought Freelancer, but on opening says I need Stacks 4795
but I have 4792 without the option to update in RW updates - all stacks unto date it states .
Does it matter as its only on the project files or will it impact on Source in my next project.
Leigh 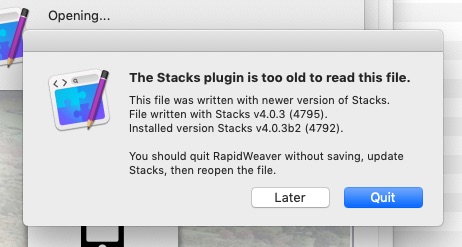 You have the beta version of Stacks which doesn’t get updated to be the same as the final released version. This whole thing is a bit of a pain and is raised as a bug in the Stacks Issues tracker.