What does RW need?

Looking into 2019 I’m hoping to have a little more time to spend in RW/Stacks development.

The question is what to build? I’d love to take on something that is genuinely missing from the RW toolbox. Not fussed particularly about monetizing it, would just like to contribute something useful to the community which has helped me so much over the years.

Remember that Sound on Hover Stack? Would there be a possibility to refine that one?

Nice to see you around again!

A calendar system where the details for each date can come from the many CMS systems-TotalCMS, Foundry etc.

I seem to remember that due to RW limitations, lazy-loading images is not really possible. But, my biggest complaint about RW is the sloooow load times of some of my pages (yes, my images are optimized). I would happily buy stacks that would lower my First Meaningful Paint score.

Run a few Google Lighthouse reports on some RW sites to see what I mean.

A couple of people have come to me asking if there are any stacks that do AI (artificial intelligence). AI is a rising trend going into 2019 and becoming prevalent in more industries. I imagine that within the realms of RapidWeaver and Stacks , we would be looking at things like simple chat bots, ‘recently viewed’ lists of pages, trending lists, streaming information based on geo-location (like weather and news), interactive tutorials etc.

Another area of investigation is gaming. Quite a lot of people are building RapidWeaver websites for purposes of education. But excluding quiz stacks, there are very few (if any) stacks around that can be used to create simple games. I’m not thinking so much along the lines of shooter or racing games! More-so games that perhaps build-in words or numbers - the sorts of games that could be useful in school. Or puzzles like this one.

I was very impressed with Kuler’s EditsPro which was a low cost, genuinely easy to use and setup, on page edit mode CMS that did not depend on an external server for license verification. It worked really well, 100% of the time and there is nothing else like it available in RW. I think such a replacement would meet the needs of a great many Weavers.

Also there is a gap in what’s available for a simple low cost blog. Something like the RW Blog plugin but as a stack.

Also a well implemented stack to add in SEO and Social media SEO in a simple to use way that everyone can use, would be good.

A Stack that could do this: 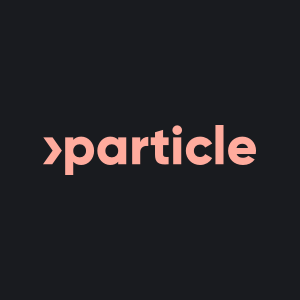 Moving particles to the next level

I think there’s lots of marketing tools missing… deep third party integration from industry standard CRMs, and email tools like Active campaign and so on…

Thanks everyone, some fantastic suggestions in there. Feel free to keep them coming.

Regarding the AI/ML/DL angle I am, and have for some time, been looking into a stack or suite of stacks which would enable integration with custom applications one could create in AWS to unlock new potential for pulling in data from sources such as Elasticsearch ( static documents manageable via drop-dead simple http, or really rich search results from potentially millions of documents ). That would be incredible as a blog content assistant.

AWS Machine Learning looks like it’s releasing a lot of power to adopters. Lex would be an enabler for chatbots but imagine being able to - from the same stack suite - allow AI/chat based lookups across huge datasets to pull in options/content and even calculated html/css/javascript to have pages build on the fly depending on what was asked… kinda like partials unlimited… its a bit off, but definitely getting closer all the time. IBM Watson is also pretty sweet for chatbot integration, but its a couple of clicks away from the tightly knit AWS integration I was thinking of.

The dynamic landing pages with personalised messages and client references could be facilitated this way too; its just finding a way to channel the capabilities in a manner which is compatible with the RW and Stacks workflow sweet spot.

I’m definitely drawn to mega simple, but powerful CMS stack + IOS/Android App. Login to App (from anywhere, obviously). Select site> Select content block>Edit it>done. The difference being that the content would not actually be on your hosting plan… it could be being pulled from a document in AWS. Want to change the order that the content appears? Easy… edit another master document which is loaded first and tells all the other stacks what document(s) to pull in and place where using a twiggy kind of interpolation. Kind of like compose-able content… add cookie handling into the mix and you could serve up some really relevant, compelling dynamic content. Again, early days, but boy that would be superb for the education/game type of theatre (think Level 9 Adventure and were on the same page ;-) )

Another idea I had, but might just be cuckoo would be a Rest Api theme (blank!) and stack… allowing you to build some logic into your stack to talk to virtual back-ends ( AWS, Azure, GCP …whatever ), do some transforms/enrichment and provide an XML or JSON response. I know, I know… thats not what RW is for… but as a goofy TPOC it might be fun to play around with as long as nobody mentions performance ;-)

I’m loving that this forum allows us to chew on this kind of question without being squashed!

That was a beauty @Basswow - thanks for mentioning that. Great to have @Kryten back for sure 😍

I’m loving that this forum allows us to chew on this kind of question without being squashed!

I second @Kryten Elasticsearch - that would be really cool.

Also a well implemented stack to add in SEO and Social media SEO in a simple to use way that everyone can use, would be good.

What kind of things could this do above what RW8 does with the health check and simple meta and OGP? What things would you need adding to the page?

Great to have you back with your input - was always helpful in my development of Cart2.

And great to have Stuart back who I have missed dearly and was the mastermind behind Navigation Stack.

Onwards and upwards for RW Stacks/addons in 2019!

For AWS CMS - looking at GDPR you need to sign contracts, add to your data protection declaration etc. I was looking for a Kuler CMS way to have a simple CMS using my server.

For the other ideas, AWS integration sounds perfect :-)

would be a Rest Api theme (blank!) and stack…

How low-cost is low-cost for the blog? For example, I like the look of Alloy, but assume that’s tied to Foundry. I think it’s about £60.00 for unlimited use and can be edited via a browser. That feels pretty low-cost to me. It’ll be interesting to see if Adam considers taking it out of the Foundry walled garden.

I suspect he won’t. At least not for a while.

What RW needs is a simple shop with a one-off cost, where the contents can be updated by anyone via a browser.

I nearly managed to fudge something together a year or so back using EasyCMS and Yuzool’s Pay stack, but couldn’t make it run smoothly enough.

A shop do you mean, or a blog?

Seems you are also late to the party… 😬

@rob.beattie - yes this. I have lost count how many people want Cart2 to be a CMS. Imagine.
I think it would be possible. It’s already possible in Pulse and a Cart made by another developer (+$9).

But I always wanted to make it just RW+Cart2 with an online interface but never managed to get it how I wanted. I will revisit it, thanks

Pulse being an online e-commerce platform would be so great…